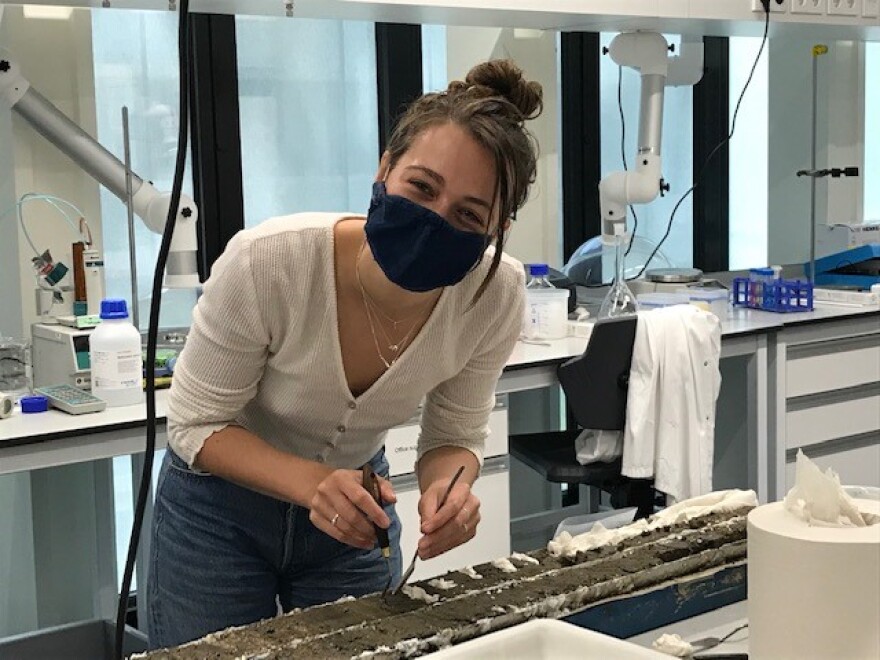 A new study launching next week aims to answer some frequently asked questions about toxic algae blooms in Florida’s coastal waters: Are they getting worse? And are people the reason why?

Scientists with Eckerd College in St. Petersburg and the Florida Fish and Wildlife Conservation Commission will assist their partners from Utrecht University in the Netherlands on the project looking into the red tide organism, Karenia brevis, and other micro-algae.

Red tide blooms can be fatal to manatees, fish and other marine life. Coastal tourism and fishing industries can also come to a crashing halt during events of medium-to-high levels of Karenia brevis being present due to the stench of dead fish washing ashore and the coughing people can experience.

Francesca Sangiorgi, an associate professor in Utrecht's Department of Geosciences, said they will use a pipe to collect sediment samples from the Tampa Bay and Charlotte Harbor seafloors to document past blooms.

"Layer by layer by layer, they accumulate year after year. And we can, basically by looking and studying the sediment, (read) the history of these harmful algal bloom like we would read a history book," she said. 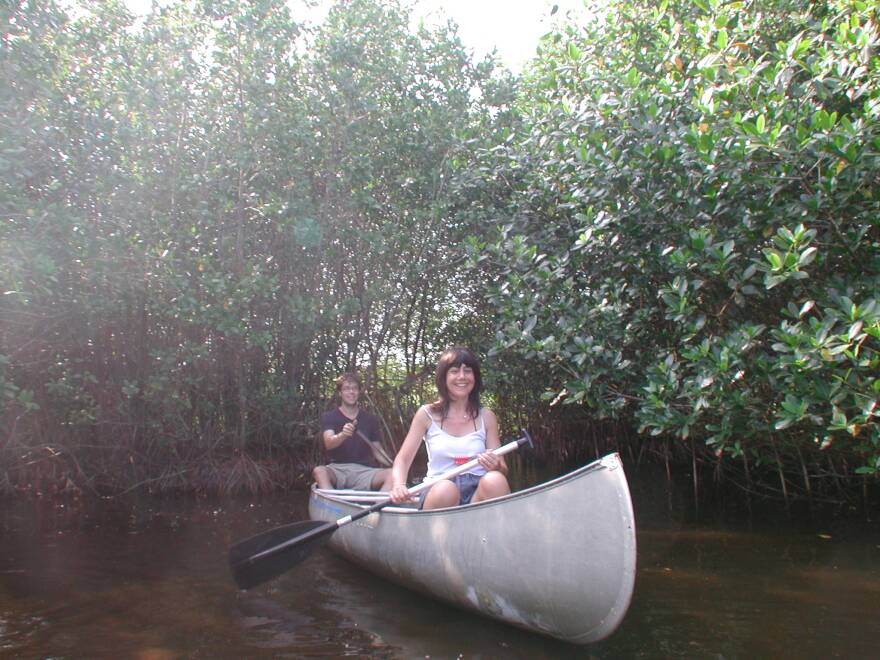 Francesca Sangiorgi/Courtesy Francesca Sangiorgi (front), of the Netherlands, canoeing through mangroves in Florida during one of her trips. The Utrecht University researcher and instructor has collaborated with Eckerd College on projects since 2008, she said.

Rebekka Larson, a scientist and instructor at Eckerd, said they could potentially go back far enough in time to see what happened naturally and how often harmful algal blooms occurred before people were around.

"And that helps us really kind of say, 'Is there an influence by humans? And to what degree?' by knowing what's that natural system variability," Larson said.

It’s long been suspected by scientists and environmental advocates that people have more recently been exacerbating red tide blooms, which have been documented as early as the 1500s by Spanish explorers, by contributing excess nutrients into the water. Nutrients, found in things like fertilizer, are basically food for the algae to grow. They can dump into the Gulf of Mexico through stormwater run-off from farms and neighborhood lawns. Leaky septic tanks have also been accused.

Eckerd's undergrad students will assist their Dutch colleagues in processing the samples at Eckerd's laboratories before they're shipped to the Netherlands for further analysis. Matt Garrett, with the FWC’s Fish and Wildlife Research Institute, will be joining them.

The four-year study will be led by Sangiorgi's PhD student, Suzanne de Zwaan, thanks to about €300,000 (around $315,000) in funding from Utrecht and the Royal Netherlands Institute for Sea Research.

“I think the Florida waters are probably the best to study at the present. And in terms of parameters of the water column monitoring of this algae, we know a lot — especially via the FWC — about the lifecycle of these algae, what the requirements are, why they bloom, when they bloom,” Sangiorgi said.