Home › News › One-third of US rivers have changed color since 1984, a study found, many due to algae blooms

One-third of US rivers have changed color since 1984, a study found, many due to algae blooms 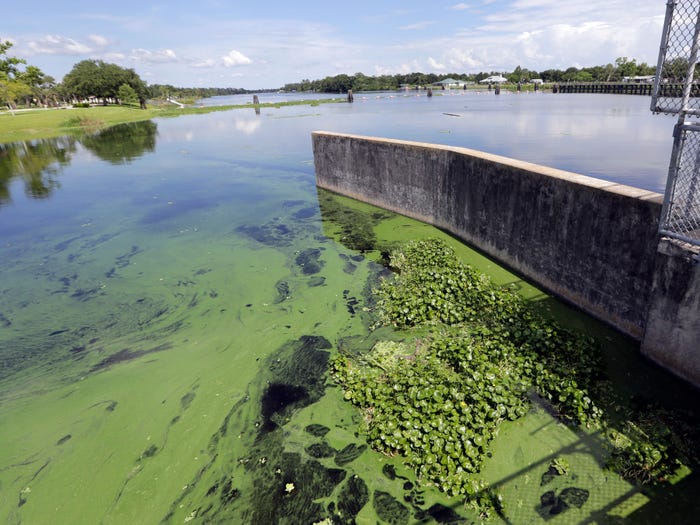 An algae bloom appears on the Caloosahatchee River in Alva, Florida on July 12, 2018. AP Photo/Lynne Sladky

America's rivers are changing color — and people are behind many of the shifts, a new study said.

One-third of the tens of thousands of mile-long (2 kilometer-long) river segments in the United States have noticeably shifted color in satellite images since 1984. That includes 11,629 miles (18,715 kilometers) that became greener, or went toward the violet end of the color spectrum, according to a study in this week's journal Geographical Research Letters. Some river segments became more red.

Only about 5% of US river mileage is considered blue — a color often equated with pristine waters by the general public. About two-thirds of American rivers are yellow, which signals they have lots of soil in them.

But 28% of the rivers are green, which often indicates they are choked with algae. And researchers found 2% of US rivers over the years shifted from dominantly yellow to distinctly green.

"If things are becoming more green, that's a problem," said study lead author John Gardner, a University of Pittsburgh geology and environmental sciences professor. Although some green tint to rivers can be normal, Gardener said, it often means large algae blooms that cause oxygen loss and can produce toxins. 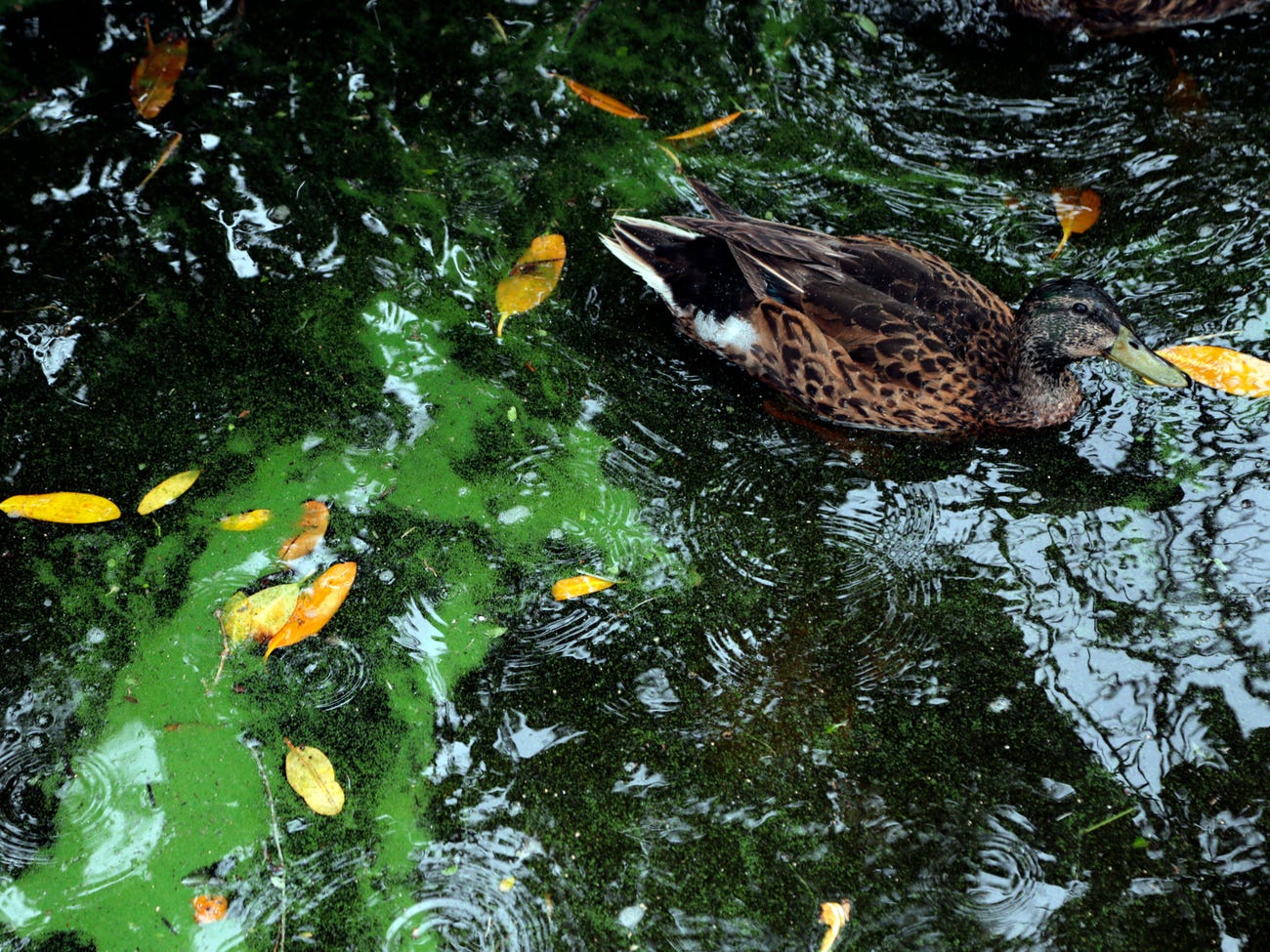 A duck floats past an algae bloom in a mangrove along the Caloosahatchee River, July 12, 2018, in Fort Myers, Florida. AP Photo/Lynne Sladky

"We change our rivers a lot. A lot of that has to do with human activity," said study co-author Tamlin Pavelsky, a professor of global hydrology at the University of North Carolina.

For example, Pavelsky said, the green at times in the Ohio River indicates a bad algae problem from farm runoff while rivers that are getting less yellow demonstrate the success of regulations to prevent soil erosion.

The study looked at more than 230,000 NASA satellite images over 35 years, focusing on rivers and reservoirs. The study found much of the shift to greener rivers happened in the North and West, while the yellowing occurred more in the East and around the Mississippi River. It also found some rivers change colors naturally with the seasons.

Outside experts praised the study, saying while hard-to-understand measurements have shown problems with American rivers, this illustrates the situation simply.

The study "is super cool and a bit mind-blowing (yet intuitive)," Martin Doyle, head of water programs at Duke University, wrote in an email. "It shows how most every aspect of our planet is being affected by humans, now including the basic color of our water. That's pretty profound if you think about it."

"It's also important because it opens up the idea and potential of using river color as early-stage indicator, or warning of environmental change," wrote Doyle, who wasn't part of the study.

Opinion: Florida’s waters choke on fertilizer, dead fish and red tides — while Big Ag floats above it all